i read this on the Wall Street Journal today,

even though it’s not about women’s denim.

Guys, if u read this article,

lose that suit of yours n go pick up a stack of premium denim!!!

When Dmitry Medvedev dined with the Obamas in July, the Russian president appeared both relaxed and powerful. He hit that elusive note by wearing a fine blazer, a crisp buttoned shirt, expensive-looking leather-soled shoes—and dark, straight jeans.

Power jeans are increasingly common in high-ranking business and political circles. Indeed, jeans are now a legitimate part of the global power-dress lexicon, worn to influential confabs where the wearers want to signal they’re serious—but not fussy—and innovative.

The look started with the young but has crossed into gray-haired circles. In preparation for a meeting with the U.S. president of Swiss watchmaker IWC, Larry Seiden, a 56-year-old fine-watch collector from California bought a pair of black Agave jeans from a high-end boutique. “They tailored them for me and I have to tell you, I really love them,” he says. “Now I’m thinking of getting another pair in blue denim.”

Jeans are recruiting new fans among even dressy executives. “I’m not really a jeans guy,” said Gilles Mendel, chief executive and designer of J. Mendel furs and evening wear, not long ago, sitting in his New York office. Still, he went with a snug set of dark blue Acme jeans under a black Dior blazer.

Chosen well, jeans can suggest the wearer is confident and modern. Denim on a leader suggests a willingness to roll up the sleeves and dig in. there’s also something of the rebel in a pair of jeans. In the boardroom, that can read as creative.

But jeans must be carefully paired with a pressed shirt and good shoes to be elevated to business class. And some industries haven’t (yet) become open to denim as power wear. Banks and accounting firm boardrooms, for instance, remain decidedly woolen. New York-based career adviser Jonscott Turco says jeans are generally a “no-brainer” in the media, manufacturing and creative industries, but not in financial services and law firms.

Power jeans may best be left to the executives in mixed-rank groups. Being a junior person wearing jeans in a room full of pinstripes could spell “youthful blunder.” Perhaps the best rule is that of the high-priced boutique: If you have to ask, you can’t afford to wear them.

It’s also possible to go awry with the wrong jeans in the right place. Barack Obama, whose wife has been heralded as a fashion icon, was ridiculed for wearing dorky “dad jeans” (baggy and high-rise) to throw out the first pitch at a baseball All-Star game. When Tony Blair wore jeans to meet George Bush two years ago, the British prime minister was criticized for his pants’ snug fit.

Few items of clothing speak as loudly, to the positive or negative, as a pair of jeans. As with tuxedos and Hawaiian shirts, wear them right (the latter only to a luau), or not at all. Fit is as essential for jeans as for tailored slacks. Eric Jennings, men’s fashion director at Saks Fifth Avenue, suggests that men keep their executive jeans “dark and straight.” And no fancy French-cuffed shirts with jeans, he advises.

In fact, getting power jeans right involves lots of no’s. no distressed jeans at work. No metal studs. No acid washes. No lavish embroidery. No boot cut. No skinny. No pedal pushers, shorts or cutoffs. No baggy high-rise. No super-low-rise. No holes. And no fussy ironing.

From their 19th-century origins until the 1950s, jeans were mainly work wear. Lev’s historian Lynn Downey says denim was demonized in the ‘50s when it was worn by the likes of James Dean and Marlon Brando. Nothing could have been better for sales. “denim was code for rebellion,” she says. “So every young boy wanted to wear it.”

We have Steve Jobs to thank for today’s power jeans. His uniform of Lei’s 501s and a black turtleneck was synonymous with innovation in the ‘90s; now, in the tech world, dressy pants can be viewed with suspicion. “When someone shows up to an interview or meeting in anything other than jeans, it shows inexperience and a lack of confidence,” says Andrew Dumont, vice president of marketing for text-messaging company Tatango.

Little wonder that the folks at Levi’s are reverential toward Apple’s founder. Mr. Jobs, says You Nguyen, a Levi’s executive in charge of women’s merchandising and design, “is the Marlon Brando of his time.” 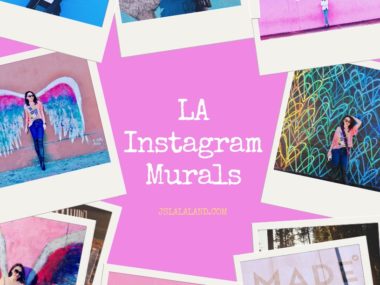