why is “the Lion King” so successful- a synergy case study

Michael
Eisner, who joined Disney in 1984, served as the prince that awoke the dormant
giant of animation and infused new life as well as new strategies into the
company. Along with Frank Wells and Jeffrey Katzenberg, the trio successfully
rebuilt the magic kingdom
of Disney with Eisner’s profit multiplier business model and the
application of synergy group. With Eisner’s business model, Disney’s creative
content was transformed and repackaged in various forms which led to the expansion
of profits in a wide range of consumer product domains. Repacking and cross-marketing
did not only help leverage “the value of one content source across the company’s
many divisions” but also allow the creative content to be utilized numerous
times to increase profits for shareholders (Harvard Business School, 1998, p.
2). Accordingly, branded products that originated from the creative content
became one of the major channels for revenue for the company. In the end, the
result of their efforts was the creation of a brand and a self-sufficient entertainment empire that had the privileges
of ignoring vendors from the outside.

Before Katzenberg’s replacement, the
trio worked closely to regain Disney’s dominance in animation and rebuild the
magic kingdom of Disney by producing blockbuster films, managing theme parks, licensing
merchandise to partner companies and signing off a deal with the distribution
unit of Warner Brothers to market their movies internationally and expand their
own distribution unit, Buena Vista, for the increase of home video sales. Wells
and Eisner redirected Disney’s focus and commitment to animated films so that
the characters in these films could be repackaged and recycled in various
fashion while Katzenberg invested plentiful of money in animation technology to
rebuild the animation department. Their goal was to transform Disney into not
only a content creator but also a content distributor through the manipulation
of internal and external synergies.

The Synergy Group was established
under Eisner’s guidance and served as a linkage to provide close collaboration
between divisions to leverage film investments and costs. The main concept was
to cross-promote and transform popular creative content products into new
channels of profits. As a result, how divisions collaborated with one another
became extremely critical even before a film’s release. For example, prior to a
film’s official release, creators from Disney’s Animation division had to
present to Disney’s Consumer Products, Home Video, and Theme Park divisions
about the upcoming film and elaborate as well as demonstrate characters and
themes from the film for potential product option brainstorming. In addition,
international corporate gatherings would be held every year for representatives
from all divisions and countries to present their cross-divisional initiatives
and plans to one another as well as the company’s top management.  On account of these meetings, each division
was forced to acknowledge what other divisions were attempting to achieve as
they worked aggressively together on a year-round basis and form a close
relationship among divisions to exploit every potential business opportunities
in different realm.

The other strategy that Eisner
employed to reinforce internal synergies was the award system. Eisner had an
incredible memory for performance evaluation, recalling who in the company did
or did not play by “the rules of synergy game” (Harvard Business School,
1998, p. 2). With the award system, divisions acknowledged the fact
that only when they work closely together will they expand their market sales
and increase the opportunities for awards. To them, the success relied heavily
on team work. Accordingly, when releasing the
Lion King videos in Europe, the Home Video division of Disney joined forces
with its Consumer Products division in Europe to “assure access to shelf space
in retail stores” (Harvard Business School, 1998, p. 2).

In addition, Disney’s
cross-divisional application of its creative content in the domain of movie and
video distribution, ancillary licensed merchandise markets, broadcasting and
cable as well as theme parks and resorts also contributed significantly to the
success of Disney, especially its blockbuster the Lion King. From the creative content perspective, the Lion King possessed all the
essential elements for success. With its original story line, adult themes and
plots that everyone could relate to, this creative content hit the big screen
with a wild success. Moreover, audience’s frenzy for the movie continued to upsurge
its home video hit the stores. Existing copyrights of the film allowed Disney
to reuse the material over and over again to make the best of it. For instance,
the movie was re-released again in theaters later that year, a Lion King Sing-Along-Songs video was
release a year later and the home videos that were released through Disney’s
own distribution unit, Buena Vista, had sold worldwide with licensed
merchandise partners and retailers offering rebates or special discount on the
film. Furthermore, television programs inspired by the movie were also developed
and aired on the Disney Channel. Accordingly, Disney’s internal synergy of
marrying its creative content to multiple channels of distribution greatly leveraged
the company’s investment in the movie and actually profited from it.

On top of video distribution, ancillary merchandise selling served as the
perfect application of creative content and generated a significant amount of
revenue. Disney marketed its movie-related products and approached the
ancillary market from two directions, by way of its own retail stores and
merchandise licensing arrangements. With its own retail outlets and Disney On-Line, Disney was able to reuse
the content to sale all types of merchandise without mediators exploiting the
profits in the process. The peripheral products ranging from character toys,
clothes, key chains, cups, books to video games. Also, following the success of
the movie as well as the featuring of Elton John and Tim Rice, audio products
such as award-winning soundtracks and read-along cassettes effortlessly served
the purpose of cross-promotion and further brought in profits.

Disney also reached into audience’s everyday life from diverse aspects,
ranging from toys to food products. Regarding the case of the Lion King, the Consumer Products division of Disney licensed rights to Mattel for toys,
Nestle, Coke and some bakery stores for food products, Burger King for
restaurant chains, IBM for interactive programs. Through cross-merchandising
with its licensed business partners, Disney shared its brand name and consumer
information with major retailers as the retailers shared their perspectives on
the marketplace in return. All these movie tie-in involvements assisted both
sides to gain profits while serving as platforms for movie promotions.

Moreover, another factor that contributed to the synergy of creative
content in broadcasting and cable is Disney’s acquisition of ABC television and
radio networks as well as the ownership of the Disney Channel. With existing
ABC, Disney did not only gain immediate access to television networking but
also provide its films a safety net as well as a greater opportunity for
cross-promotion and merchandising. Under the circumstances, hit movies like the Lion King would bring in extra
profits for the company while those non-box-office movies might become
profitable under the safety net.

Lastly, another major source of revenue for Disney at the time was its
theme parks and resorts. Disney World, Disneyland,
and Tokyo Disneyland helped promote the animated movies through costumed
characters, character parades, and live stage shows like the Legend of the Lion King Show in the parks. Also, collaborations
between Disney’s Creative Entertainment division and Imagineering division made
the lion king attraction ride come true. One way or another, the show and ride
drew park-goers’ attention to the movie itself and fulfilled its promotional
function while offering a fun and enjoyable experience.

Resulting from above,
Disney gained more profits from vertical integration and synergies than having
each division working separately. In this era of globalization and
collaboration, cross-selling, cross-promotion, cross-collaboration and a sense
of one’s own culture as well as other people’s culture are the essentials for
survival and growth in this competitive global market. Synergies of all kinds
are required. As a result, on one hand, Disney’s animation serves to keep track
of America’s
consciousness and define that “sense of Americaness” (Harvard Business School,
1998, p. 7). On the other hand, its non-US divisions have regional synergy
groups responsible for local coordination for consumer products and
distribution of films, home videos, and television programs.  However, how we push the application of
synergies to another level without losing that balanced relationship among
divisions, countries and cultures has to be taken into serious consideration
for all these media empires of the next century. 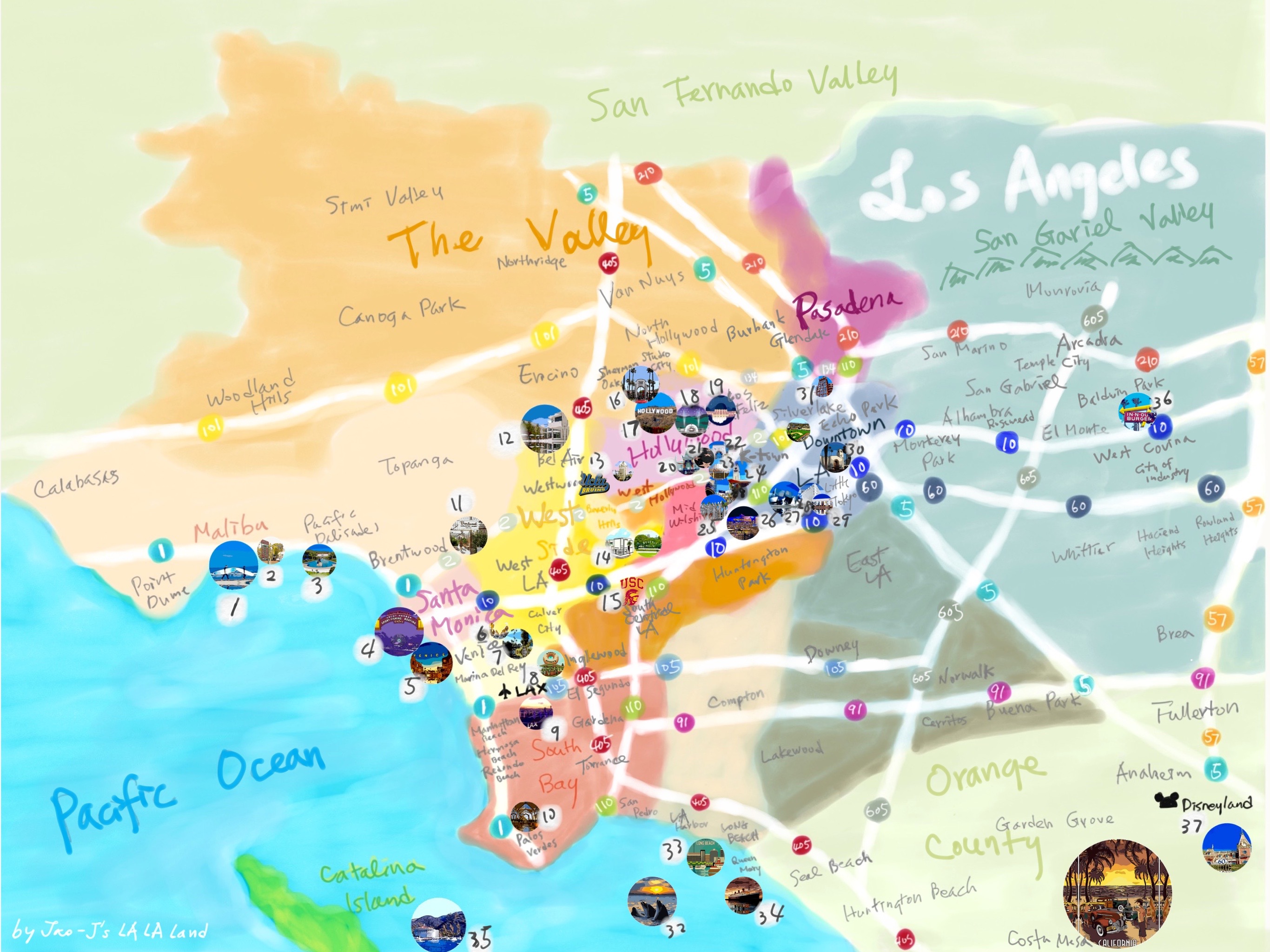